Influencer Marketing: What It Is & Why It's Working | Mediatool Skip to content

Influencer Marketing: What It Is & Why It’s Working

What is Influencer Marketing?
The term is thrown around a lot these days and like many of the buzzwords we’ve come to know over the years – remember “disruptor” and “clickbait”? – it’s not always clear what it means. Let’s take the guesswork out and offer some definitions from a few trusted sources.
Forbes calls an Influencer:

“Someone who helps other people buy from you. [They] must have a combination of three key factors: reach, contextual credibility and salesmanship.”

“Influencer Marketing focuses on delivering your brand message to a targeted set of industry influencers rather than to the market at large, relying on those influencers to amplify your voice to a relevant and pre-qualified audience.”

“The action of promoting and selling products or services through people (influencers) who have the capacity to have an effect on the character of a brand.”

Why should you care?
Because if you’re a brand, marketer, or agency who wants to tap into your target audience in the most authentic way, you have to consider what it is that they care about. Brands have long touted themselves as being the best in their respective fields, singing their own high praises and peddling their products with fancy advertising campaigns. After all, they have a lot of vested interest in getting you to favor their message. But does that mean that you’re paying attention to their message? If you are, are you convinced that what they’re telling you is unbiased and accurate?

![Influencers marketing effectiveness](/images/influencer-marketing-effectiveness.png)
We won’t answer for you, but we have a pretty good idea of what your answer might be.
Basic psychology tells us that as human beings we trust reviews and recommendations that come from unbiased third parties. A 2017 Collective Bias survey found that [70%](https://medium.com/@shane_barker/75-influencer-marketing-statistics-that-will-surprise-you-in-2018-b11c39a92b36) of millennial consumers are most swayed by recommendations given by their peers when making a purchase. This statistic is why businesses are made and broken in the comments, ratings, and reviews sections of social networking sites and e-commerce platforms. Instead of relying on your brand to spread its own message, harnessing the power of someone who’s revered for speaking on a certain topic is a smart workaround. Kelly Dye, VP of the [Everywhere Agency](https://everywhereagency.com/) – an Atlanta-based firm that specializes in influencer marketing – sums it up well:
“When influencers are given creative reign, content simply performs better. Their audience follows them to be entertained, inspired, educated – not sold to. This reemphasizes to us as marketers that consumers don’t want regurgitated brand speak that sounds like advertising. They want to hear authentic stories, and influencers do an expert job of weaving brand messaging naturally within a true narrative.”

So, whether you’re a small business or a large brand, the potential upsides of incorporating influencers into your marketing strategy are endless.

And if that isn’t reason enough, how about this stat from a survey taken by marketers across a range of industries:

“94% of those who use influencer marketing believe the tactic to be effective.”

Or this one from another recent study:

Or how about this one from that same study:

Influencers + Marketing Strategy
How you engage influencers will depend on the audience you’re trying to reach and the content you’re asking to be shared. For example, if your brand wants to reach teens, working YouTube into your campaign strategy should be expected. And, if your brand is a part of the CPG or food & beverage industry, having your influencers share recipes on social media will be a necessary step as well.

Looking for engagement from a particularly niche group of consumers? Strongly consider working with micro-influencers who are notorious for having smaller but more involved followers. Then compound the potency of your efforts by having those micro-influencers post original content to Instagram, since “59% of micro-influencers have reported [Instagram] to be the most effective medium for engaging their audiences.”

The key is to remember that people do not want to be talked at, they want to be talked to. The consumer doesn’t want to be force fed the obvious (i.e. exclusively your product or service) but rather to share in an experience. Encourage your influencer network to spark a conversation with the audience through a story that includes, but isn’t confined to, your brand/product/service/etc, to ensure meaningful two-way engagement.

“There is an influencer for even the most niche market which speaks to the fact that consumers trust their peers. Our clients routinely give the feedback that influencer content is most engaging when it is creative and specific,” says Aerolyn Shaw, Account Executive for global public relations firm Porter Novelli.

celebrities vs influencers
Wait, So Is influencer marketing like celebrity endorsements? We know, they seem a bit similar, right? Both are aimed at creating more credibility and brand exposure in a way that isn’t coming directly “from the horse’s mouth”. But there are a few key differences worth noting. Financially speaking, working with influencers is a wiser use of a brand or agency’s ad spend; where celebrity endorsements can cost exorbitant amounts of money, influencer compensation is relatively reasonable. Some campaigns may compensate monetarily while others will do so by offering products, goods, or services.

Another critical difference between influencers and celebrities is that often times, an influencer feels more accessible and relatable to the average consumer. In fact, a US survey of 14,000 respondents found that “non-celebrity bloggers are 10x more likely to influence an in-store purchase than celebrities” and only 3% of people making product purchases are positively influenced by a celebrity endorsement. Where celebrities are idolized and put on gilded pedestals for their entertainment chops, influencers are trusted for what they have to say. They’re men and women, moms and dads, cooking enthusiasts, outdoor adventurers, eager crafters, fashion lovers, recreational travellers – the list goes on. In short, most of them are everyday people who have tapped into social media and developed a platform to share their passions in a way that resonates with a niche crowd.

Another noteworthy mention; if putting out fires with PR is a concern for your brand, swapping a celebrity (whose reputation may become a liability) in favor of less “publicly exposed” personalities like influencers, can make for a much smaller headache down the road.

quality vs quantity
In the earlier days of influencer marketing, finding the person with the largest following easily overshadowed someone with a smaller audience. And that’s understandable, right? We can’t help ourselves when we see a big, shiny number. Right away we begin to attach a lot of preconceived notions, hoping they will spell success. But these days, with the saturation of spam and bot accounts, it’s much more critical that a brand recognize two things:

The value of the type of content an influencer is creating, and
How their audience is reacting to and engaging with said content
So, when you have to whittle down your list of influencers (because your campaign budget won’t justify those extra five participants), take time to look beyond the numbers and examine the engagement as well.

Influencer Marketing & your media mix
With the concept of influencer marketing demystified, let’s discuss how to introduce it into your existing media mix. As we all know, a well-developed marketing campaign has many communication channels; radio, television, social media, web, email, direct mail, and magazines are just a few. While influencer marketing can be considered its own channel, more often than not it is an integration with your pre-existing communication functions. For example, in addition to the content your brand is already publishing on its own website, social channels, and through email, the influencers you engage will be sharing their own “special brand” of branded content via those same channels.

When negotiating contracts, remember that voicing which channels you would like your influencers to share content from is a necessary part of the negotiation. A blogger with high site traffic and readership may be best leveraged to create blog articles while another may boast a long and loyal list of YouTube subscribers who check-in regularly for new video content. Consider the areas of strength for each influencer you employ and align all of your messages across relevant and related channels. In addition, make certain that the content your brand is sharing coincides with the messages your influencers are sharing. That sweet spot, where a consumer receives myriad direct and indirect brand messages concurrently, leaves a more memorable impression on your intended audience.

What’s the future?
The use of influencers to promote brand messages through authentic, original content has incredible and ever-evolving potential. Brands are getting more and more creative when it comes to engaging influencers, and with the advancement of technology, there’s no telling the ways in which influencers will be able to connect with their audiences in time. Virtual characters like Siri and Alexa have become household names to the average tech user, thanks in part to their recognizable voices and AI. Add to those voices a face, a body, a sense of style and an opinion (along with a platform to share each of those things from) and soon, entire virtual personas are created; people find themselves invested in the “lives” of these characters. Econsultancy.com makes the case as to why it may behoove brands to “employ” a virtual/CGI star for their next marketing campaign; Lil Miquela who started an Instagram account in Spring 2016 has already accumulated a following of over 600k people. While it’s hard to say just how prolific this budding trend will become, we’re certainly keeping our eyes on it.

Final Thoughts
The trajectory of influencer marketing in 2018 is undeniable as brands adjust their budgets to include influencer campaigns.

And considering the fact that the average company earns between $7.65-$20 to every $1 spent on influencer marketing, it’s a pretty foolproof investment.

Once you’ve added this new prong to your marketing mix, keeping tabs on your campaign by tracking progress will be the next step. After all, conveying campaign success and measuring ROI is still a primary goal. We’d tell you how great our media planning software is but after all of this, wouldn’t that be a bit hypocritical? Instead, we’ll let the advertisers and agencies who’ve used it first hand share their 2 cents. Unbiased, unsponsored content. Just honest experience.

Here’s to being a better and more influential force in 2018. 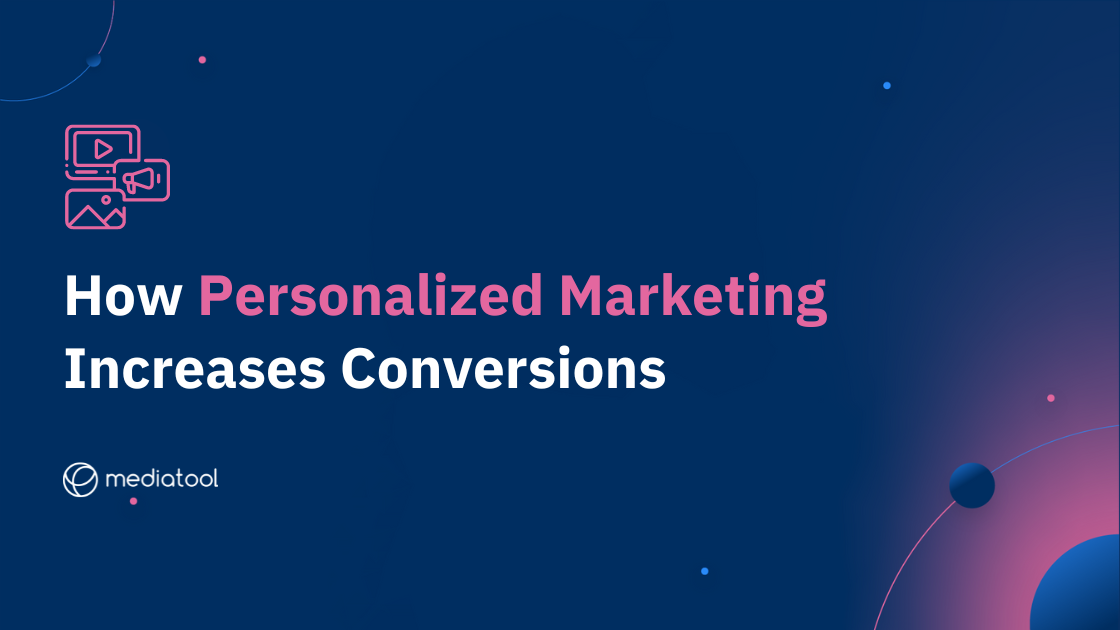 Personalized digital marketing isn’t new. But it is changing. Find out how to deliver great personalized marketing by leveraging good-quality data. 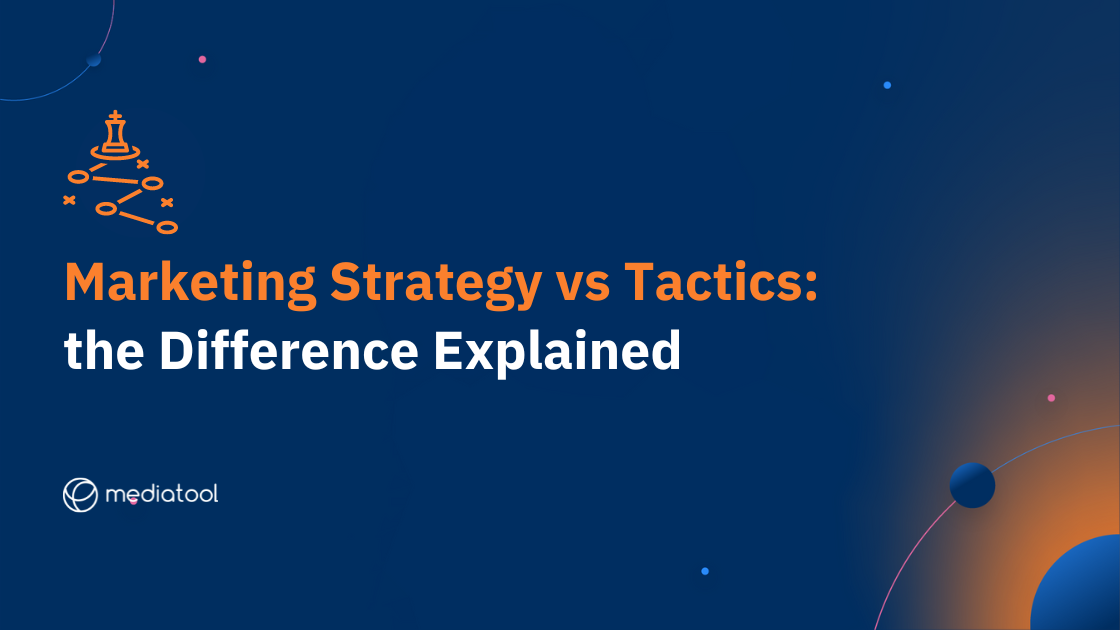 Knowing the difference between marketing strategy, tactics, and goals and how they link up is the first step to more effective, successful marketing campaigns. 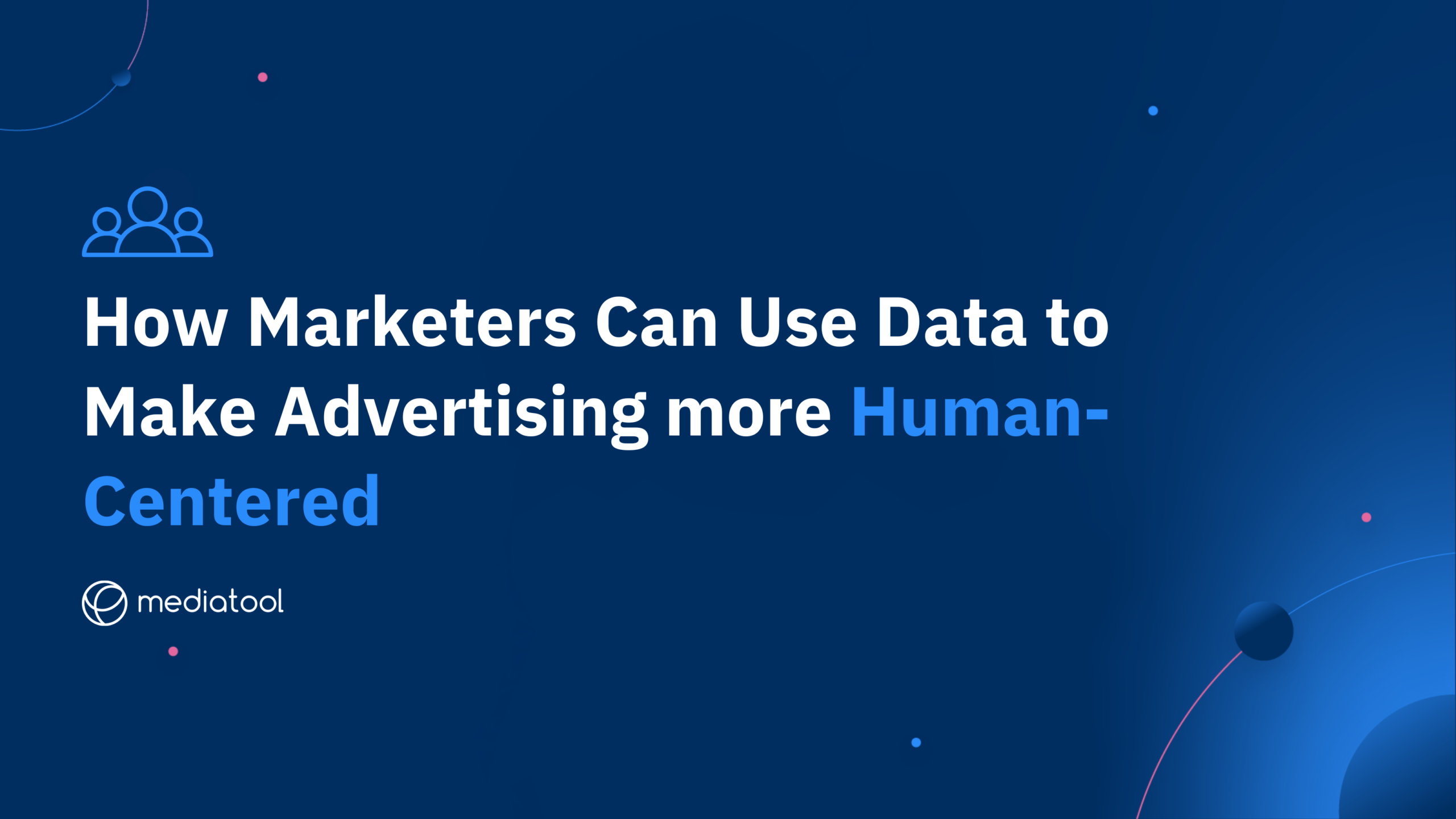 How Marketers Can Use Data to Make Advertising more Human-Centered

Curious to know how marketers deliver personalization at scale? The secret to human-centric marketing is something your company already has.